One of the first apps I really liked was Dark Sky. It’s a weather app with hourly forecasts for days into the future. 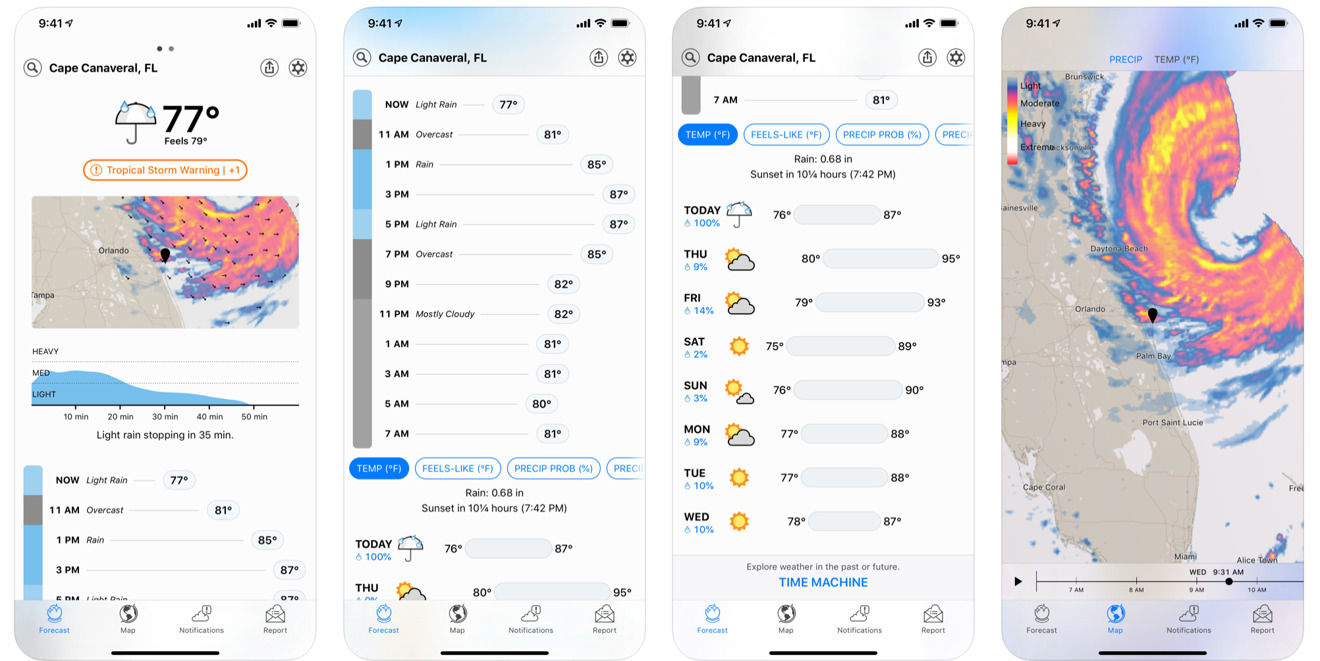 I used it for years, and it was my favorite weather app.

In 2020, Apple acquired Dark Sky. They discontinued the Android version, and they’ve rolled the tech into improving their built-in Weather app.

Last year, after major improvements to Weather were announced at WWDC, I deleted Dark Sky and switched to Weather permanently.

This year, they brought even more Dark Sky features to Weather: most excitingly, hourly forecasts for days in the future are now available!

And recently, the darksky.net website (which I still use on my computer because a default Weather app for macOS doesn’t exist — actually, it didn’t exist until last week) started displaying this banner:

So it seems like Dark Sky is officially going away at the end of the year.

To be clear, I’m not really even annoyed! The new Weather app has a nicer design on some features than Dark Sky did, and now it’s got all the features that I wanted. But it’s kinda weird to think that I’ve so quickly outlived an app that I once liked so much.