Last month, I built myself a new to-do list app that I called “tmrw”.

The novel idea was that each task could have a duration and time attached to it, and then you could see your tasks for the next few days laid out on a calendar. 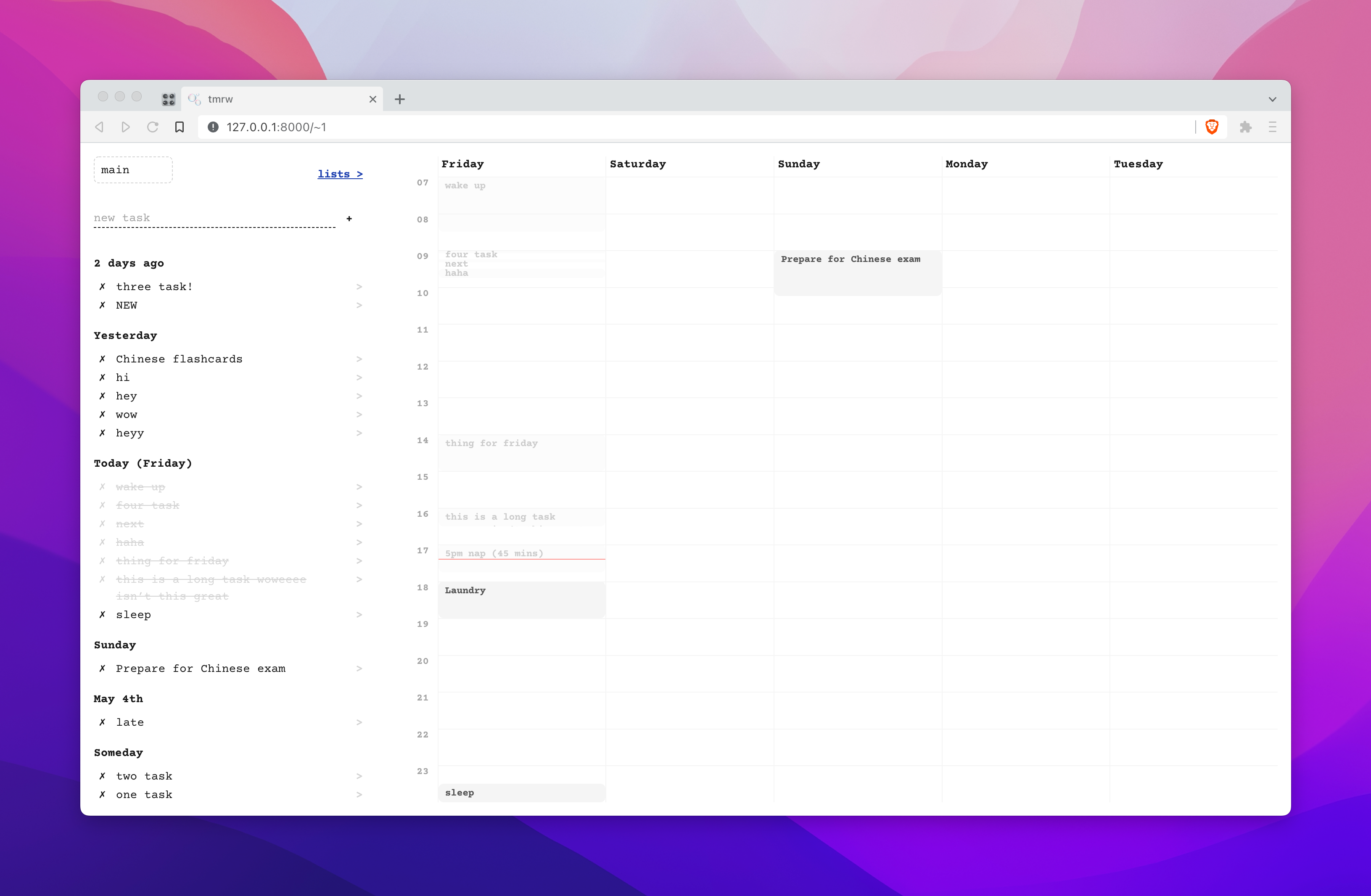 It was mostly an experiment to see whether I could build my own version of Amie, stripped back to only include the features I’d need. The “plain text” look of it was inspired by Plain Text Sports.

The UI was definitely cryptic — I built it for myself, so things were hidden behind unlabelled buttons and some buttons didn’t look like they’d be clickable.

My hypothesis for the app was that putting things onto a calendar would help me feel less overwhelmed, because I’d see that I had enough time to do everything I had to do.

I used it for a couple weeks before realizing that my hypothesis was wrong: it didn’t really help me to put things on a calendar. I wasn’t feeling less overwhelmed.

Part of it was definitely that my app wasn’t as slick as it could be — I didn’t build drag-and-drop moving of events since that seemed hard, so moving things around in time was cumbersome.

In the end, I had a fun couple weeks building the app! I’ll probably take it down soon so I don’t have to keep paying the server bill, but I had a good time along the way.